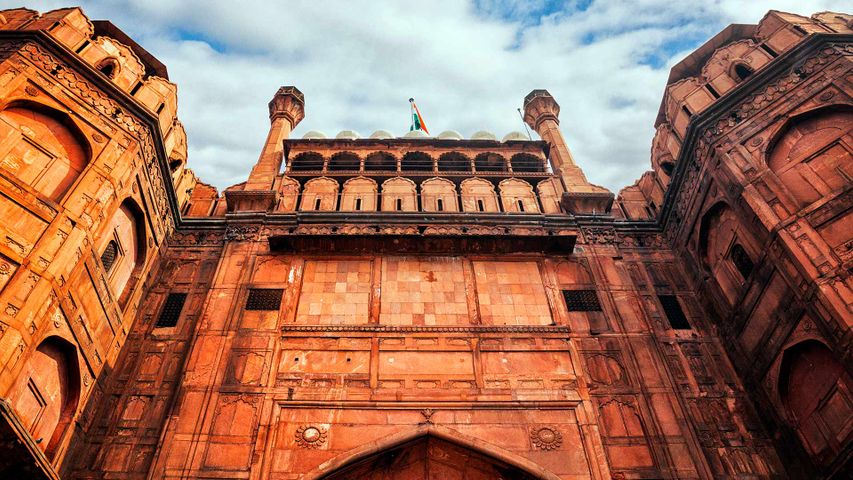 Entrance to the Red Fort, Delhi

It was on this day in 1931, that the city of Delhi was officially inaugurated as the capital of British territories in India, while the name ‘New Delhi’ was first used in 1927. Two decades earlier, in 1911, the British had made the decision to transfer the capital from Kolkata (then called Calcutta) to Delhi. New Delhi remained the capital of India after independence, and the partition of the country in 1947.

The Lahori Gate of the Red Fort, featured on today’s homepage, is a significant landmark of the city of Delhi. While the fort served as the residence of the Moghul emperors for over 200 years, it is today used as the venue from where the prime minister addresses the nation on occasions like Independence Day.