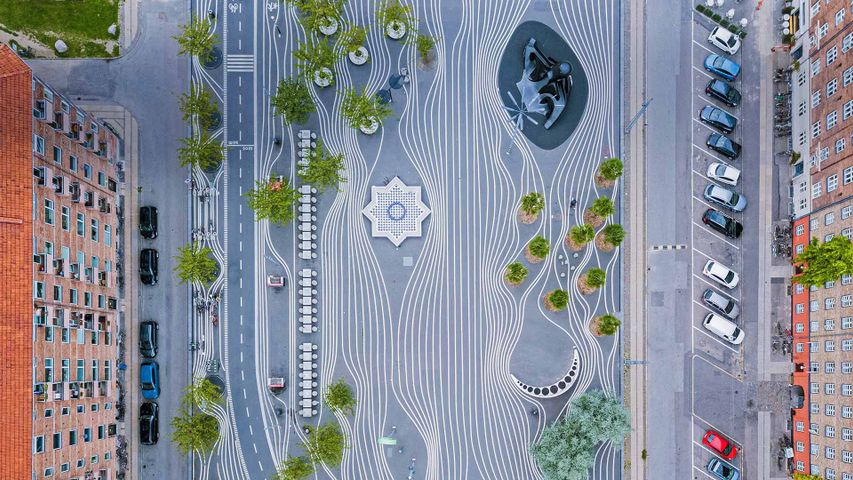 This park is Superkilen

The half-mile-long linear urban park called Superkilen was designed to inspire residents and visitors to congregate together in Nørrebro, one of Copenhagen's most culturally and ethnically diverse neighborhoods. What was once a public space battling gang activity, graffiti, and vandalism, is now an example of 'extreme public participation.' The people who live around Superkilen helped design it, adding cultural objects that represent their homelands—more than 60 countries.

We're looking down at the Black Market, the heart of the park, one of three distinct areas where residents gather. The star-shaped fountain center-left is from Morocco and to the right is a Japanese playground structure shaped like an octopus. It's a style of urban design called placemaking, using elements such as furniture, car-free pedestrian plazas, and illustrated asphalt art to support community interactions. For instance, the white lines you see are bicycle lanes encouraging residents to move about the neighborhood.