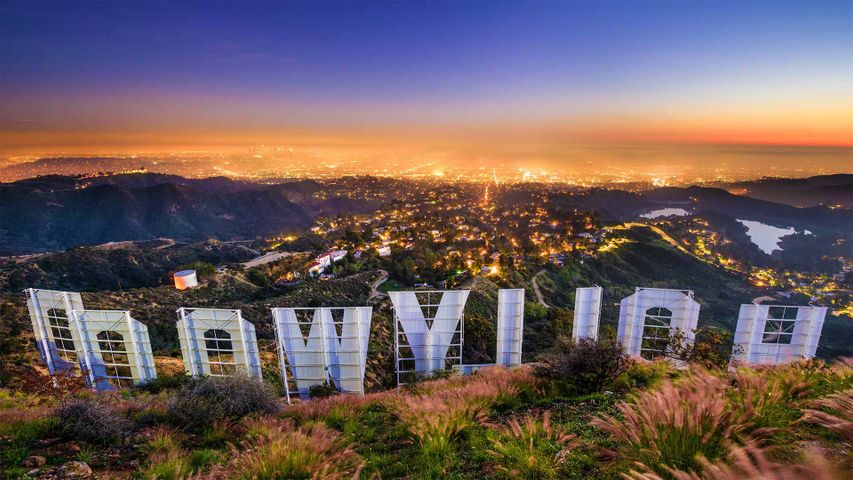 It's Oscars time in Tinseltown, and we're offering you a moment's escape from the paparazzi to gaze over the glittering megalopolis of Los Angeles - and to get an unfamiliar view of a familiar landmark. The Hollywood Sign originally read 'Hollywoodland' when it was erected in 1923 and festooned with light bulbs to advertise a real estate development. But within a few years, as the silent-film era gave way to 'talkies', the sign evolved into a popular tourist attraction. Falling into disrepair in ensuing decades - at the peak of its decay, the sign was missing its third 'O' altogether - the original was demolished and a sturdier version built in 1978.

Though it's inspired similar designs advertising locales from Ireland to Taiwan to the fictional 'Simpsons' hometown of Springfield, the now-permanent Hollywood Sign is cherished by residents as uniquely LA. Today, a dedicated non-profit maintains and promotes the sign as both a source of Angeleno pride and an emblem of romanticised Hollywood.