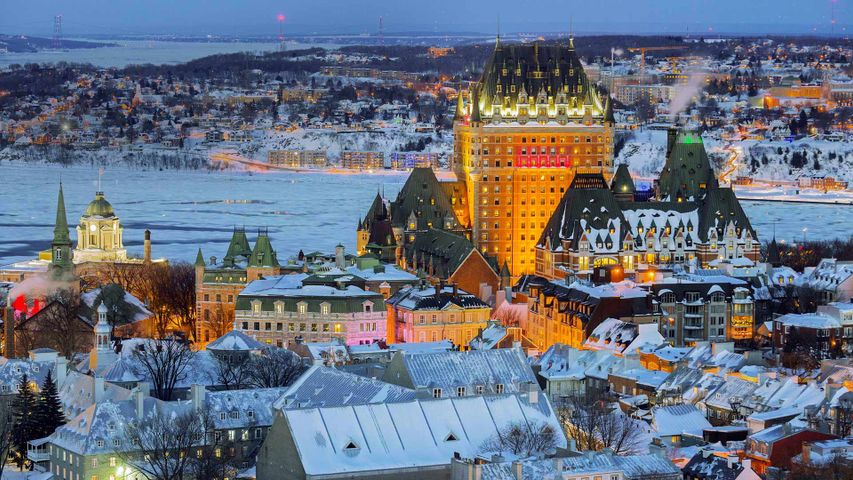 View of the Old City in Quebec City

Frozen fun in the cold

Not far downriver from Montreal, where the banks of the St. Lawrence River widen as it approaches the Atlantic, lies Quebec's picturesque and often chilly capital. Quebec City, one of the continent's oldest European settlements, is often called the most European city outside Europe. It's the only North American city outside Mexico whose fortified walls still stand, and its winding streets showcase a French-tinged exemplar of old Romantic architecture (typified by the steep-roofed Château Frontenac in the photo's foreground).

The mid-sized metropolis has been central to French Canadian life for over 400 winters, and the annual Quebec Winter Carnival—which kicks off today—is one of the largest and oldest cold-weather celebrations on Earth. Thousands of Quebecers and visitors will spend the next 10 days ice skating, enjoying night parades, exploring the festival's ice palace, and dressing up for the Château's masquerade ball. A few will even perform winter feats like the ice canoe race, where boaters pilot specially-equipped canoes across the freezing St. Lawrence, intermittently stepping out to carry their vessels over huge ice chunks.