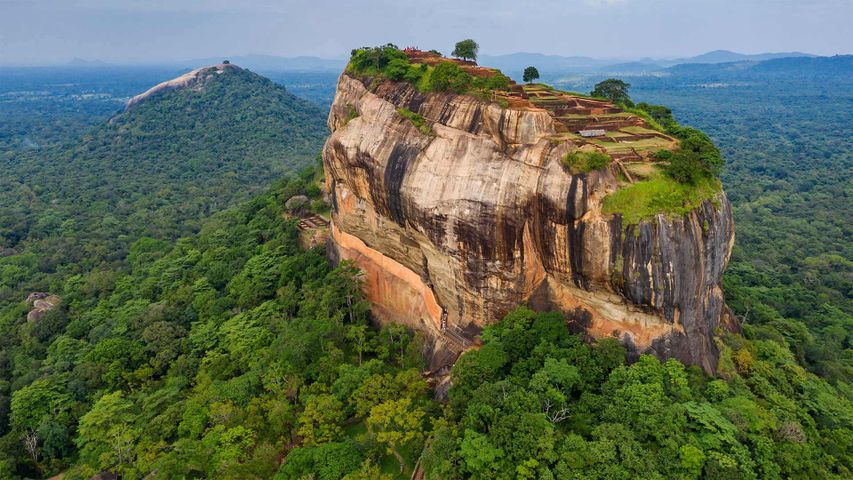 We're here at Sigiriya, or Lion Rock, in Sri Lanka, for the South Asian nation's Independence Day, celebrated annually on February 4. Sigiriya towers 600 feet off the ground, jutting dramatically out of the heart of this island country and serving as a formidable monument to the past. The king of Sri Lanka himself, King Kashyapa, who ruled from 473 to 495 CE, once made this the site of his new capital. He ordered that his palace be constructed atop the rock and about halfway up, he had a large gateway carved into the side of the outcropping in the shape of a lion (hence the name). His fortress was abandoned when he died, and the site later served as a monastery. These days it's a tourist attraction and a UNESCO World Heritage site.