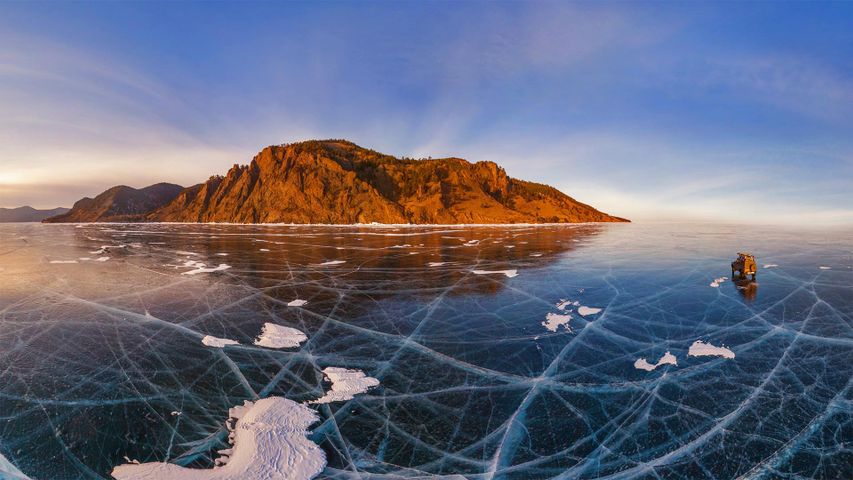 The Pearl of Siberia

Lake Baikal is a record-holding wonder: It’s the world’s oldest (25 million years), deepest (over 1,000 metres in some parts), and largest freshwater lake (more than 20 per cent of the Earth’s fresh surface water by volume). Baikal lies in the deepest continental rift on Earth, and because the rift is geologically active, the tectonic plates continue to move farther apart.

Fairweather tourists visit the 'Pearl of Siberia' in warmer months, but the brave and hearty show up in January when the lake surface freezes over. The ice makes an excellent playground for winter athletes competing in everything from skating marathons to the Baikal Ice Golf Tournament. And when the frozen expanse is at its thickest, an ice road opens between the mainland and Olkhon Island, pictured here, allowing people to drive across another superlative: turquoise ice so clear it's transparent to depths of 30 metres.

A muskox and her calf in Dovrefjell-Sunndalsfjella National Park, Norway