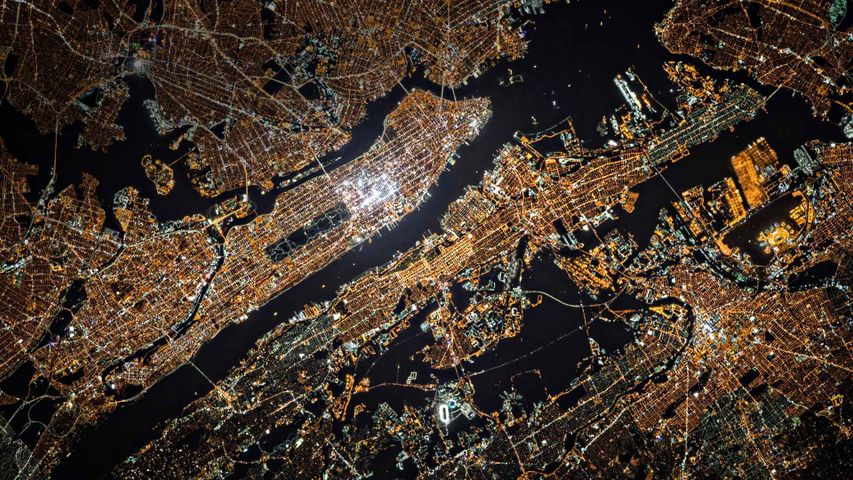 On 27 January 1880, Thomas Edison received a patent for an electric lamp using “a carbon filament or strip coiled and connected to platina contact wires”. This wasn't exactly the first lightbulb, but it was the first practical and inexpensive one, a key technological innovation that introduced a new era. To mark the day, we're looking at the bright lights of New York City and its surrounding area, as seen from the International Space Station.

Edison moved to the US city in 1869 and did much of his work in nearby West Orange, New Jersey. He started The Edison Electric Illuminating Company of New York to supply power (and to help sell lightbulbs). It would eventually merge with several gas companies to form Con Edison, which still supplies power to New York City to this day.