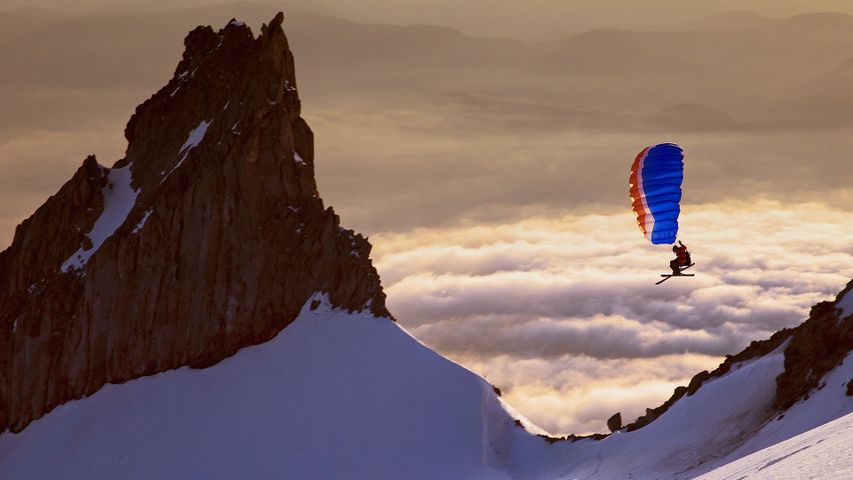 Far above the clouds, an adrenaline-seeking skier glides past the jagged Crater Rock on Mount Hood, in the US state of Oregon. He's practising a relatively new sport known as speed riding, which is similar to paragliding but with more emphasis on speed than altitude. Skiers with parachute-like 'wings' launch downhill at high speed, navigating runs partly on skis and partly in the air.

As Oregon's loftiest peak (with an all-year ski season) Mount Hood has long been a destination for pioneering winter sports enthusiasts, so a view of its snowy slopes seemed appropriate for World Snow Day. This annual celebration was initiated by the International Ski Federation in 2012 to promote sledging, skiing, snowboarding and other winter sports. With hundreds of events taking place worldwide, it's touted as “the biggest day on snow all year”.