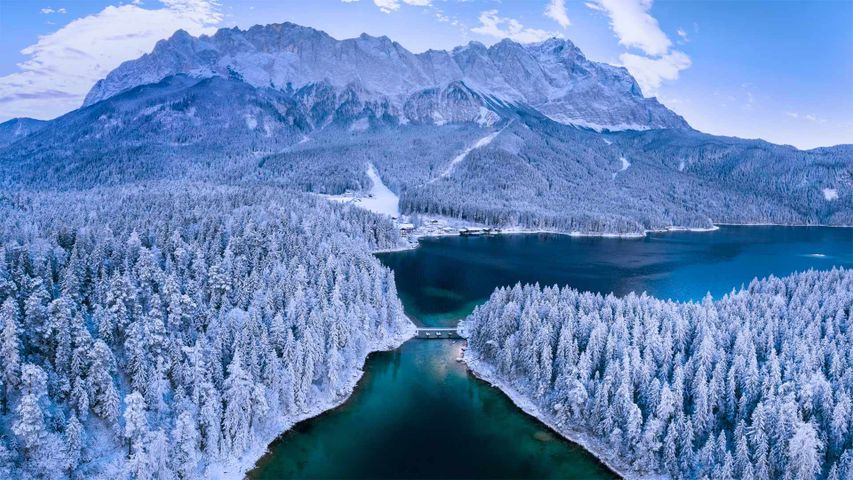 Welcome to the snowy Bavarian Alps, where the mountain called the Zugspitze (TSOOG-shpit-seh) casts a cold shadow over the Eibsee, a small and serene alpine lake. Situated on the border with Austria, the peak is Germany's highest point at almost 10,000 feet above sea level, towering over the lakeside village of Grainau.

The word 'zug' means 'train' in modern German. Though the peak's name is much older than the locomotive (and probably refers to 'zugbahnen,' deep tracks cut into the mountainside by avalanches), it's especially appropriate now: a steep cogwheel railway tunnels up from the nearby town of Garmisch-Partenkirchen to a plateau near the summit. Aerial trams also serve the mountaintop from both the German and Austrian sides, and the one from Grainau boasts the longest free span for a cable car in the world, at about 1.6 kilometres.