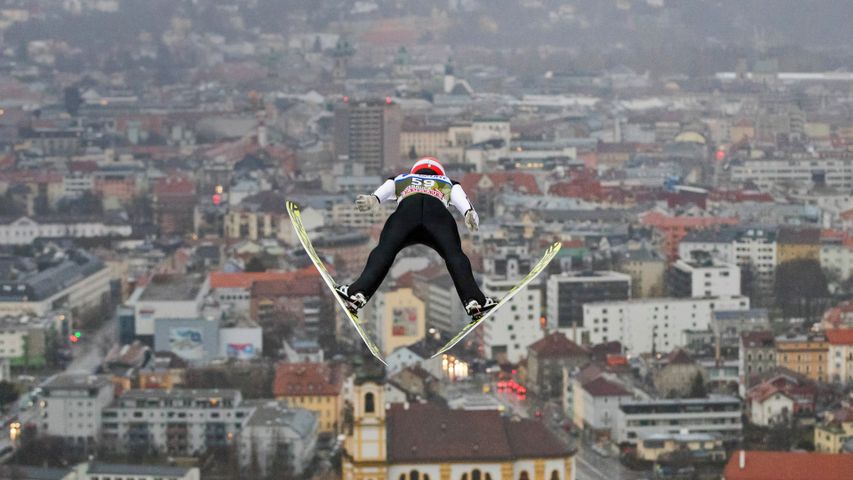 We're featuring the Four Hills Tournament, a set of four ski jump events which starts today, with an image from the 2017/2018 competition. This annual event, which wraps up in early January, starts in the German towns of Oberstdorf and Garmisch-Partenkirchen and then moves to Austria, with events in Innsbruck (pictured here) and Bischofshofen.

The Innsbruck event is held at the Bergisel Ski Jump at the southern edge of the Austrian city, so spectators from the top of the hill see ski jumpers sail through the air, against a backdrop of buildings and streets. The first ski jump was built here in 1925, but the most recent one was designed by architect Zaha Hadid and completed in 2003. It has a tall, sinuous tower and a jump that launches competitors high enough for this breathtaking view of Innsbruck.

The Aurora Borealis over Lofoten, Norway