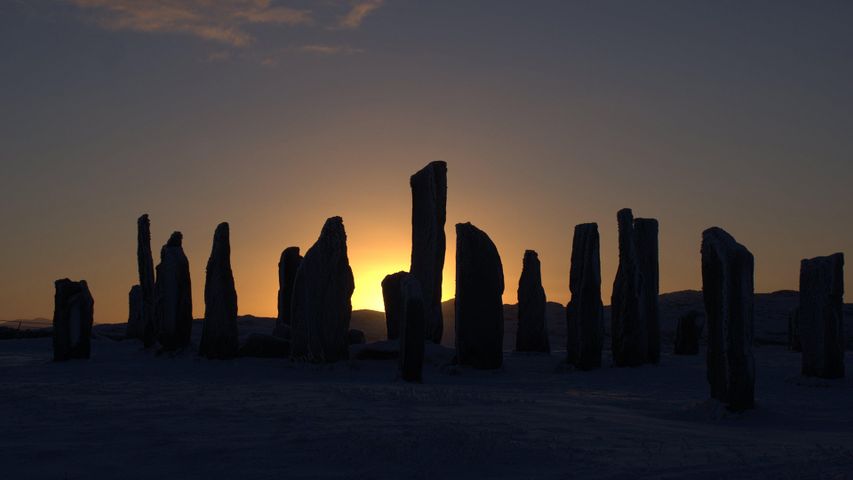 The shortest day. Seeing in the winter solstice

We’re marking the winter solstice here on the Hebridean Isle of Lewis, where the 5,000-year-old Callanish Stones (or Calanais Stones in Gaelic), provide an atmospheric backdrop as the sun rises and sets on the shortest day of the year. There’s some debate about why these Scottish megaliths, which predate Stonehenge by at least two millennia, are there in the first place. But whether they were intended as an astronomical observatory or a place of rituals and religious observances, they are a great place to watch the sun, moon and, on occasion, the Northern Lights.

One of several prehistoric stone rings in the area, the Callanish Stones were actually buried in peat for thousands of years but were cleared in 1857, to reveal their full Neolithic splendour. If these dark days are getting you down, look on the bright side – tomorrow sees the days start to lengthen and the nights become shorter here in the Northern Hemisphere, as we start our six-month journey to the summer solstice.