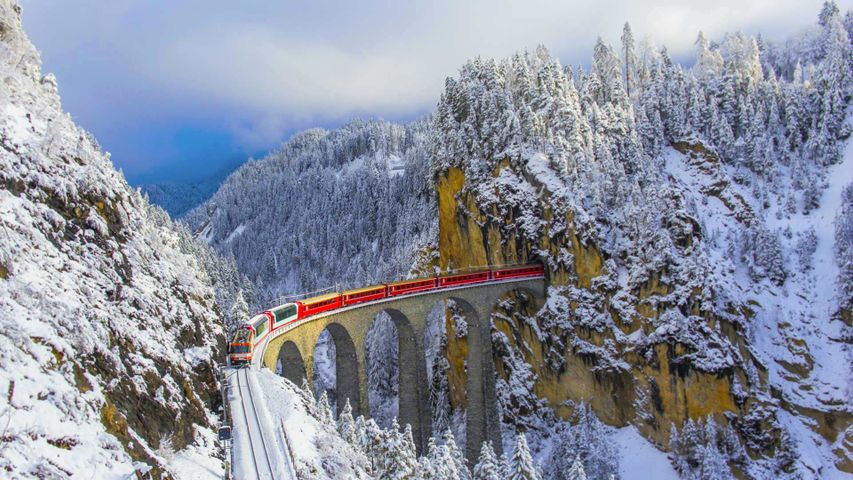 Often called the most beautiful train ride in Switzerland, if not the world, the Bernina Express offers spectacular views on its sightseeing routes that connect towns in southeastern Switzerland to Tirano, Italy. It's been in operation here since the late 1800s. The classic route takes about four hours and departs from Chur, Switzerland. Outfitted with panoramic windows, the train passes through 55 tunnels and over 196 bridges, some more than 100 years old, like the Landwasser Viaduct pictured on our homepage today. The cheerful red train winds its way up and over the Bernina Pass in the Alps, reaching an elevation of 7,392 feet. Pay special attention during the stretch from Thusis to Tirano—this portion of the route was designated a World Heritage site in 2008. Reservations recommended!