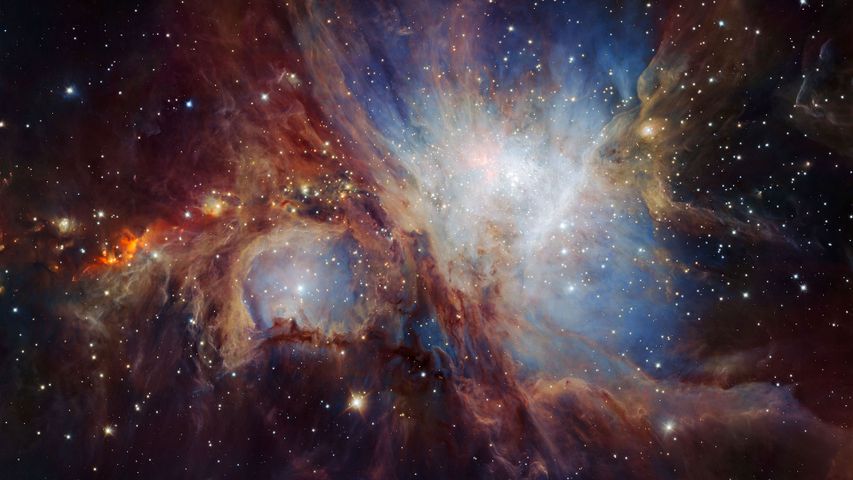 If you can get away from the light pollution of cities and highways, it’s possible to see the Orion Nebula with the naked eye. Find Orion’s Belt in the constellation named for the mythic Greek hunter, and you can see the fuzzy reddish and blue nebula. Your glimpse won’t be quite as detailed as this infrared image taken by the HAWK-I, an infrared camera mounted to a Very Large Telescope (yes, that’s a technical term) at the European Southern Observatory in Chile. But at least now you know what to look for.