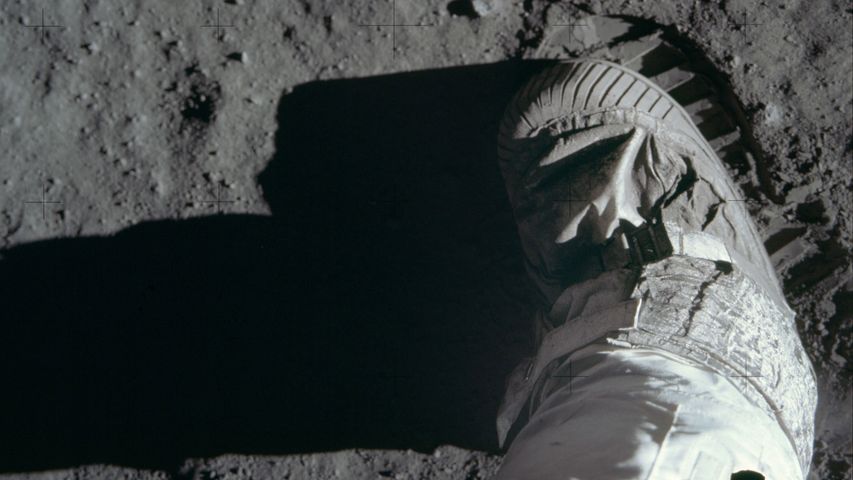 These boots were made for moonwalking. On July 21, 1969, astronaut Buzz Aldrin made history when he became the second man to walk on the moon, proclaiming ‘beautiful view’ as he stepped onto the lunar surface. Standing near Neil Armstrong, who got those lucky first steps, he went on to describe the scene as ‘magnificent desolation.’

With this historic image we’re marking the start of World Space Week, an event observed around the world. The start of the observance is timed to coincide with the anniversary of Sputnik 1, which was launched 60 years ago today, ushering in the Space Race. The rest, as they say, is history.