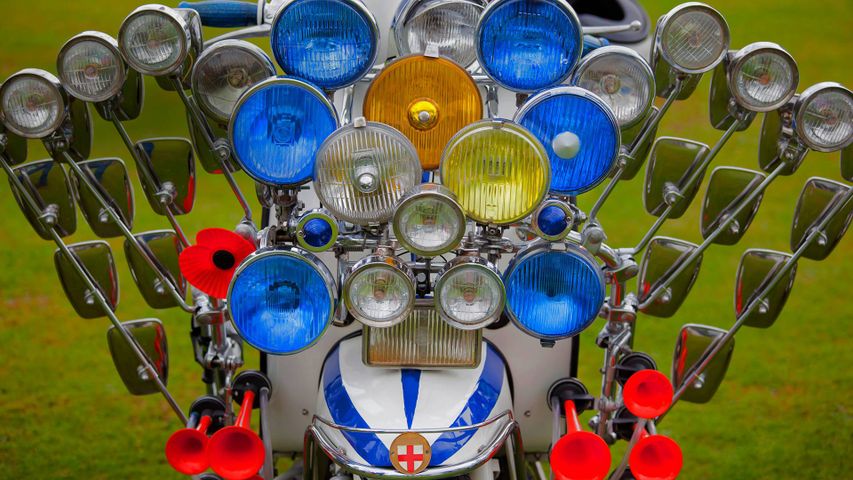 This Lambretta scooter, decked out with extra mirrors, lights and horns, is an iconic symbol of mod subculture. There’ll be plenty of them, along with Vespas, at Purple Weekend, a mod-revival festival held every year in León, Spain. The popular event held this weekend gathers fans of mod music, fashion and culture. The movement began in London in the late 1950s, as modern jazz and rhythm & blues records imported from the US sparked the clean-cut, modernist fashion and lifestyle aesthetic that appealed to a new middle class of young people in post-war Britain. The fashion, scooters and music choices caught on outside the UK during the 1960s and inspired future generations to embrace the style. Now, mod revival festivals like Spain’s Purple Weekend happen in many countries around the world.