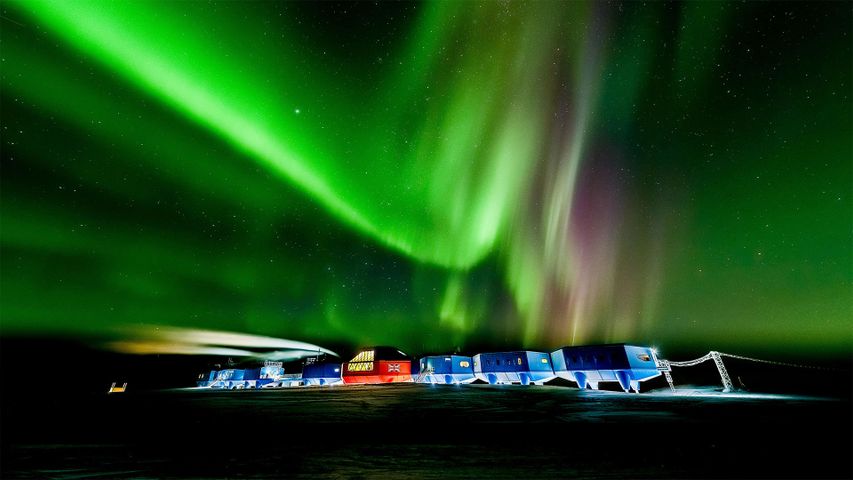 In honour of Antarctica Day, you're seeing the southern lights dazzle above Halley VI, the latest version of the six-decade-old Halley Research Station in the British Antarctic Territory. The modular building stands on hydraulic legs and is movable via retractable skis. The five previous facilities, Halley I - V, were each compromised by Antarctica's harsh climate and were decommissioned. Since 2017, while scientists monitor dangerous cracks in the surrounding Brunt Ice Shelf, Halley has been unmanned during the dark Antarctic winter months - but the research team equipped it with an autonomous micro-turbine that keeps its atmospheric instruments ticking as the snowdrifts pile up.

The first Antarctica Day was December 1, 1959, when twelve nations peacefully agreed to dedicate Earth's southernmost continent to the pursuit of science by signing the Antarctic Treaty. That agreement, adopted by both the US and the USSR amid the accelerating Cold War, stands 60 years later as an important landmark in global relations and has expanded to include 54 countries.