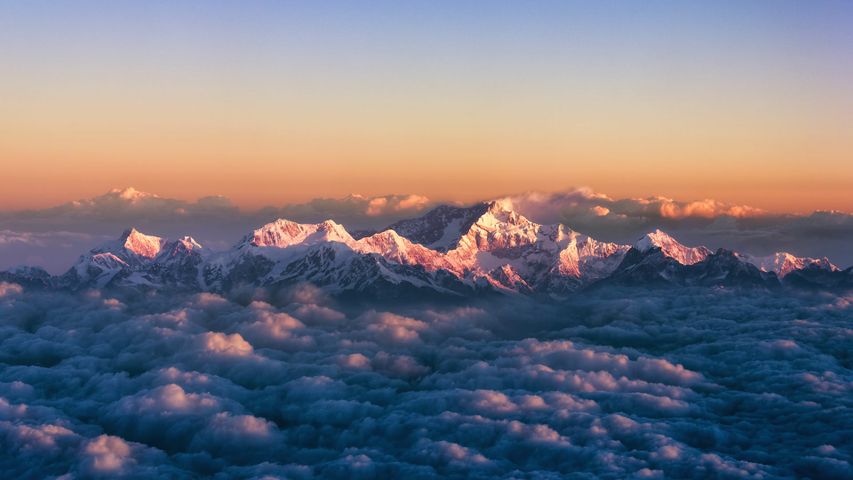 Kanchenjunga, on the India-Nepal border, among a sea of clouds at sunrise

Located on the India-Nepal border, the mighty Kanchenjunga forms a natural boundary between the countries. At 8,586 metres, it is the third highest mountain on the planet, after Everest and Chhogori K2. From Tibetan, the word Kanchenjunga translates into ‘five treasures of the snow’, referring to its 5 peaks - 3 in Sikkim and 2 in Nepal. The people of Sikkim consider the peak sacred. This is why early expeditions always stopped a few feet shy of the very top, to respect the religious sentiment.

An arctic fox in Dovrefjell, Norway