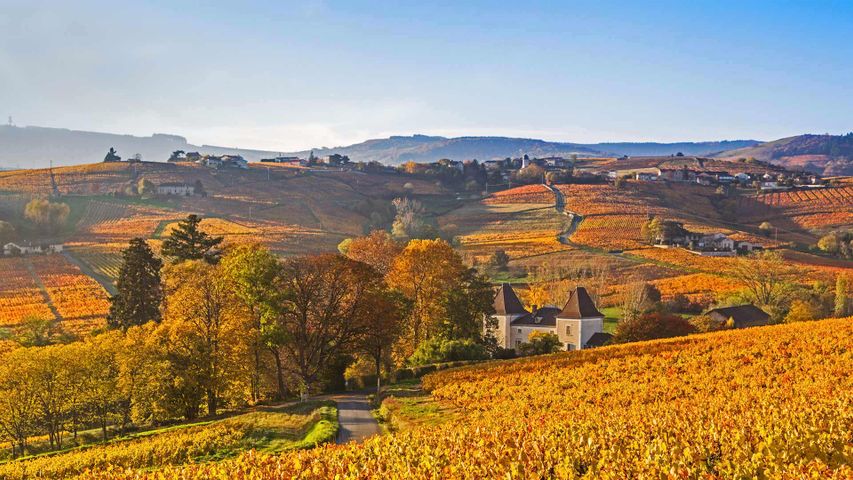 'Bring us some fresh wine! The freshest you've got—this year! No more of this old stuff.' Steve Martin was joking when his character in 'The Jerk' asked for fresh wine—or perhaps he was talking about Beaujolais nouveau. The red wine, produced in the Beaujolais region of France, is fermented for just a few weeks and requires no barrel aging before it's sold starting on the third Thursday of November. Beaujolais nouveau is a light-bodied red wine, with relatively high amounts of acidity. Located south of Burgundy, the Beaujolais region has a relatively warm climate, so Cabernet Sauvignon, Pinot Noir, and other famous French grapes don't grow well there. But the fruity Gamay grows vigorously in Beaujolais and is used to make Beaujolais nouveau.

Beaujolais nouveau hit a peak of global popularity in the 1980s when it was heavily marketed. But as more producers tried to capitalize on it, a backlash occurred in the '90s and early 2000s. In 2001, more than a million cases of French wine—most of it Beaujolais nouveau—were destroyed or distilled into hard spirits due to overproduction, shoddy winemaking, and poor sales. (It couldn't have been stockpiled to be sold later—the wine doesn't age well due to lack of tannins and should usually be consumed within six months.) More recently, supply and demand have evened out and its release is celebrated with parties and festivals.