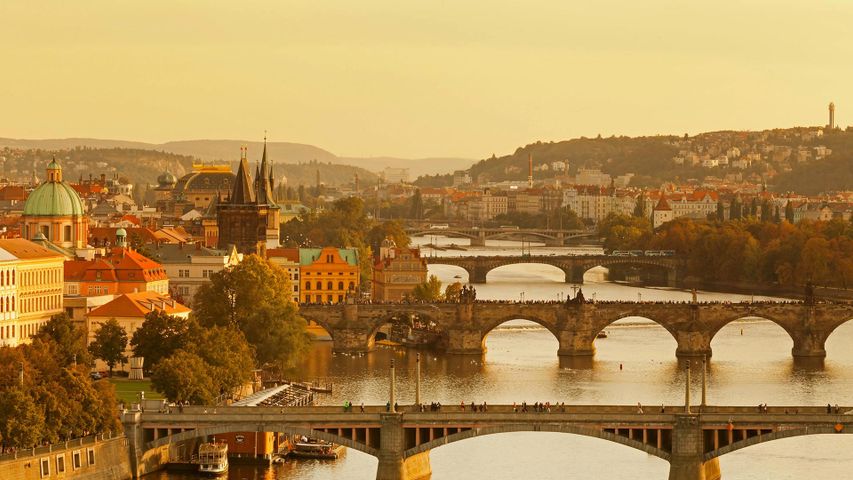 Today we're visiting Prague for the 30th anniversary of the start of Czechoslovakia's Velvet Revolution. On Nov. 17, 1989, during their annual International Students Day observance, 15,000 students in Prague began demonstrating against the Communist Party's authoritarian rule over the country. After the official end of the demonstration, the students continued marching to the centre of the city. When they reached Národní Street, they were met by security forces who, after blocking all escape routes, began attacking.

Afterwards, unfounded rumours of an injured or possibly dead student triggered strikes among students, actors, and other theatre workers. These groups began calling for a general strike later in the month. Within days, mass demonstrations were happening in Prague's Wenceslas Square and spreading to other cities. By Nov. 27, the movement had grown so large that 75 per cent of the population participated in general strike across the country. Demonstrators and dissidents would successfully achieve the nonviolent end to communist rule over Czechoslovakia on Dec. 10 and within months Soviet troops would leave the country.