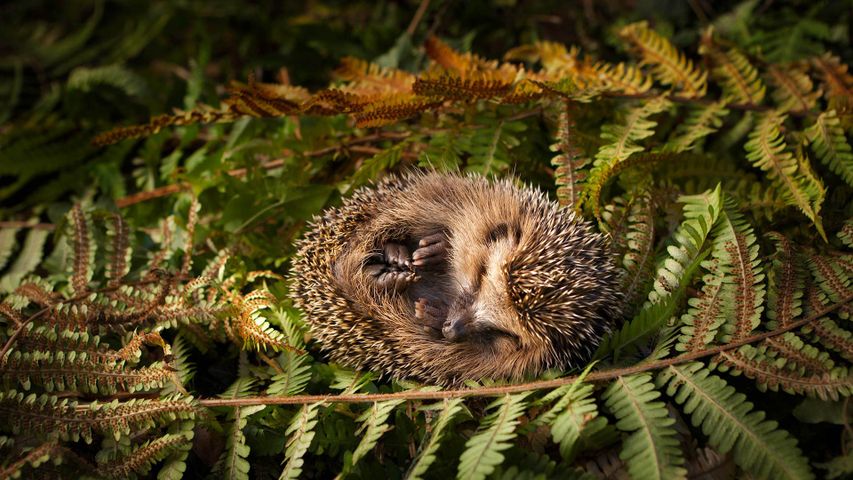 Though they may seem exotic to most people in the Americas, wild hedgehogs are quite common in much of the rest of the world. The tiny creatures are usually nocturnal and use their spiky exterior to protect themselves. Each hedgehog has about 6,000 quills, but the quills aren't poisonous and don't easily detach, like those of the also-quilled (but completely unrelated) porcupine.

As cooler winter weather sets in across the Northern Hemisphere, many mammals like this hedgehog are preparing to hibernate. Most hedgehogs begin hibernating in October or early November, and they’ll remain in that state until springtime. During hibernation, an animal's heart rate and breathing slow, and its body temperature drops. Though bears may be better -known as hibernating animals, it's more common for smaller creatures—like our hedgehog—to use this winter survival strategy.