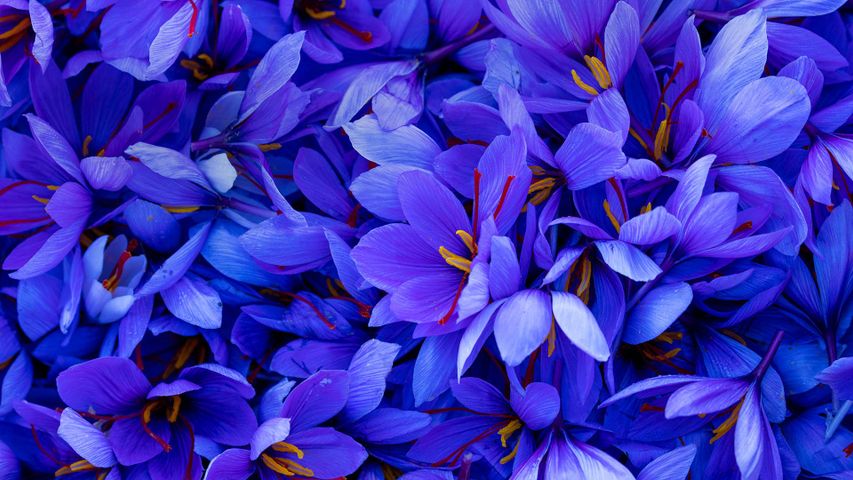 It’s harvest time for saffron, the precious seasoning that’s mostly grown in Iran, but used in cuisines around the world. Saffron is derived from the saffron crocus, an autumn-flowering plant with purple petals as richly hued as the vivid crimson stigmas (called ‘threads’) in the centre of the bloom. These threads are carefully extracted by hand with tweezers and dried before they’re used for cooking. Each flower comes with just three threads, and it takes a lot of them—roughly 75,000 crocuses will yield just one pound of saffron. The entire harvest can last only about a week or two, because that’s the short life of the saffron crocus bloom.

This time of year, the small Spanish town of Consuegra celebrates the end of the harvest season. This is home to some of Spain’s best-preserved windmills, which traditionally milled the wheat grown in the region. During Consuegra’s Festival de la Rosa del Azafrán (Festival of the Rose of Saffron) locals dress in traditional clothing and ceremonially grind some wheat from one of the old windmills. But feasting on regional cuisine is the highlight of the festival, and saffron is at the centre of activities, complete with a saffron extracting competition. The contest honours the difficulty of picking the threads from the flower.