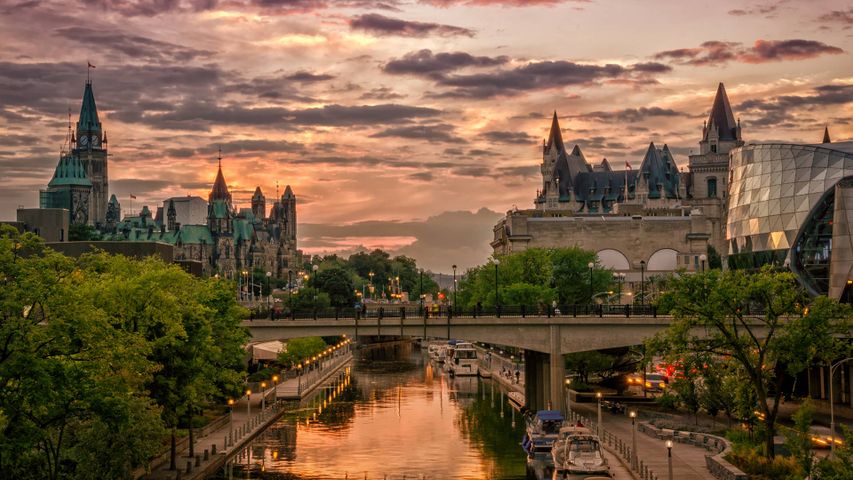 The Rideau Canal is a scenic and recreational waterway with a military backstory since its opening in 1832. It was originally constructed as a precautionary measure to avoid invasion by the Americans on Canadian territory. Today, it popularly serves as a recreational spot to tourists and locals alike. Come winter, part of the Rideau Canal is converted into an ice skating rink about 7.8 kilometres long.

Canada 150 fact: The Rideau Canal was designated as a National Historic Site of Canada in 1925 and declared a UNESCO World Heritage Site in 2007.

The Swing Tower at CNE, Toronto