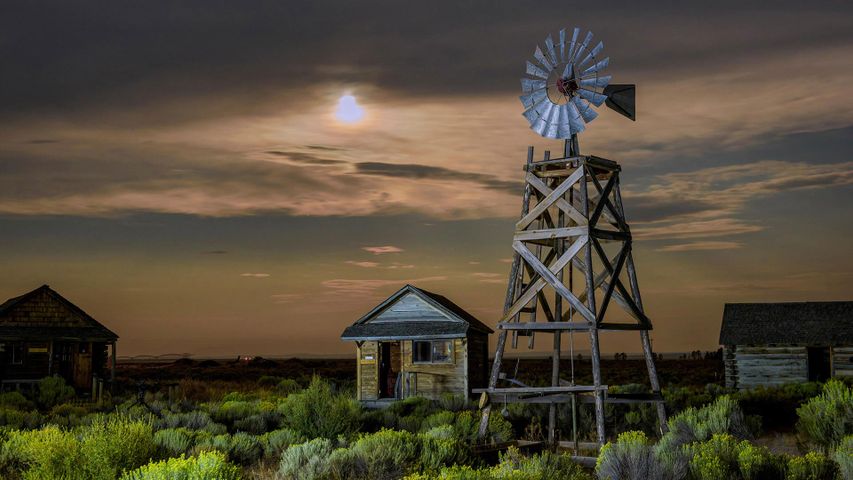 The spooky scene here might look like someplace you'd want to avoid, but it's not likely to scare you—not too much anyway. It’s the Fort Rock Valley Historical Homestead Museum in central Oregon—a collection of abandoned homestead-era buildings from the area. In the late 19th and early 20th century, people acquired federal lands around here for farms and ranches via the Homestead Acts. But most left within a few years due to the hot, dry summers and extremely cold winters. Today, the buildings are assembled as a ghost town and contain items from that period, including furniture, dishes, and tools. There's also a nearby cemetery which, according to local lore, is haunted by the ghost of rancher and author Reub Long riding his horse.

You can find ghost towns scattered around the U.S., the dilapidated remains of towns whose populations grew quickly and then dwindled. Many of them, like Rhyolite, Nevada, and Bodie, California, were gold (or silver or coal) mining towns that declined once the profits dried up. Others, like Cahawba, Alabama, died due to floods or other natural disasters. They may not all be haunted, but they sure can give off a spooky vibe.