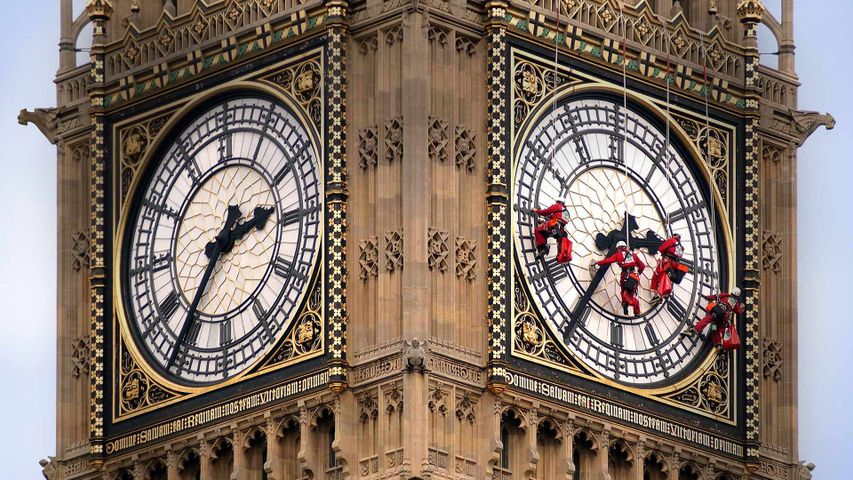 While today's image might look like a scene from Doctor Who, it’s actually an image of workers maintaining Big Ben's clock face. But like The Doctor, today we're all time travellers. This morning we ‘fell back’ in time (or will fall back for those reading this before 2am) by one hour, for the end of British Summer Time (BST). And as with changes to whoever plays The Doctor, this change isn't without controversy. Since the 1970s, many studies have tried to quantify the advantages or disadvantages that come with falling back and springing forward, as yet there's no definitive answer on whether or not it is better or worse for us.

On the topic of Big Ben itself – while the name is commonly used for the whole of the Palace of Westminster’s Elizabeth Tower, it is actually the nickname of the Great Bell housed inside it. Big Ben’s famous chimes have been temporarily silenced for a major refurbishment due to finish in 2021.

Astronomical clock on the Zytglogge tower in Bern, Switzerland