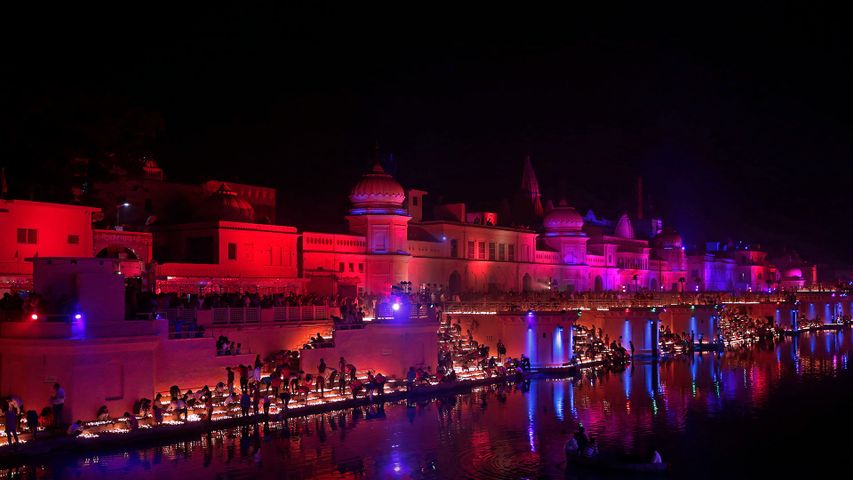 In observance of the Hindu holiday called Diwali, people gathered on the banks of the Sarayu River in the northern Indian town of Ayodhya in autumn of 2018 to light candles and oil lamps called a ‘diya.’ Attendees that night set a Guinness World Record by keeping 300,000 diyas lit for five minutes. The lights are symbolic of the triumph of good over evil and light over darkness - central themes of Diwali. Ayodhya is a significant location in the Hindu faith, long thought to be the birthplace of Rama, an incarnation of Vishnu, who represents virtue. And as Diwali, a four or five-day celebration that reaches its peak today (the third day), the Hindus of Ayodhya will be back to light up the riverbank. Will they set another record?