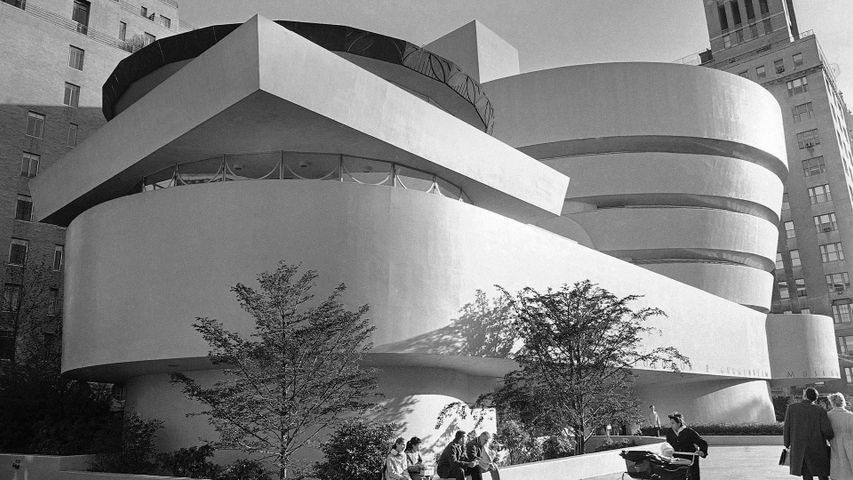 Today's image shows the Guggenheim on the day before its grand opening, 60 years ago today. Since then, it's become an iconic building in the New York cityscape. Housed in a white spiral building that emerges from Fifth Avenue, the museum started with several private collections, including that of founder Solomon R. Guggenheim. The collection has grown over the decades to contain some of the world’s most notable examples of impressionist, post-impressionist, early modern, and contemporary art.

But the building wasn’t always the revered masterpiece it's considered today. Before it was completed, it spurred controversy because many critics thought the building would overshadow the artwork itself and wouldn’t display paintings properly. Eventually, critics of Frank Lloyd Wright's design were won over once they experienced the building's unique spiral gallery. Wright designed the inside of the building to revolve around one central point, allowing visitors to experience the museum's collection of paintings by taking an elevator to the top and viewing artworks by walking down the descending, central spiral ramp. The floor is embedded with circular shapes and triangular light fixtures to complement the geometric quality of the structure.