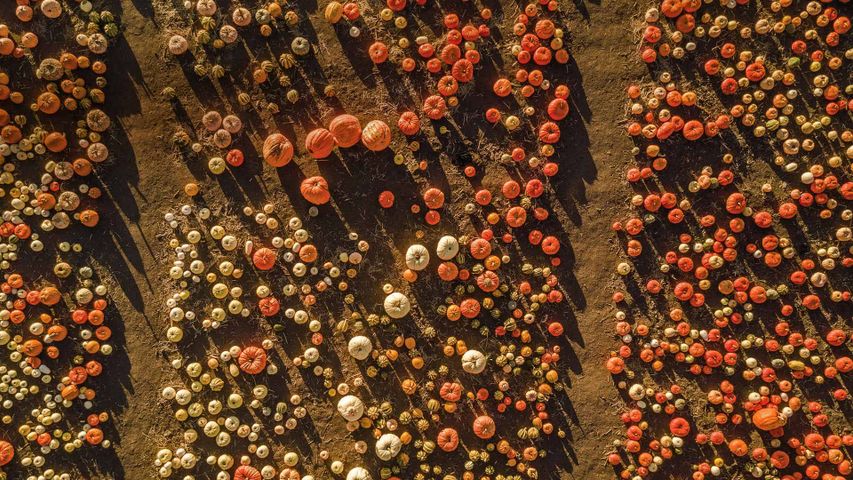 Aerial view of a pumpkin patch in Half Moon Bay, California, USA

If you want to get a taste of how the US gears up for Halloween, a good place to start is the Californian city of Half Moon Bay. Its annual Art & Pumpkin Festival this weekend boasts enormous champion pumpkins weighing more than 70 stone and live pumpkin carving demonstrations as well as serving up everything from pumpkin pies to pumpkin-flavoured cocktails.

Pumpkins have been cultivated in Mexico for around 7,500 years and today they’re grown in every continent of the world, except for Antarctica. Pumpkins need between 90 and 120 days to mature, so most are planted by late May or early June to coincide with Halloween-carving needs. While carving vegetables into faces is a tradition in many parts of the world, the carving of jack-o’-lanterns around Halloween originated in Ireland in the mid-19th Century, using potatoes or turnips. Irish immigrants brought the tradition to the US around the same time where they discovered that pumpkins were much easier to carve.