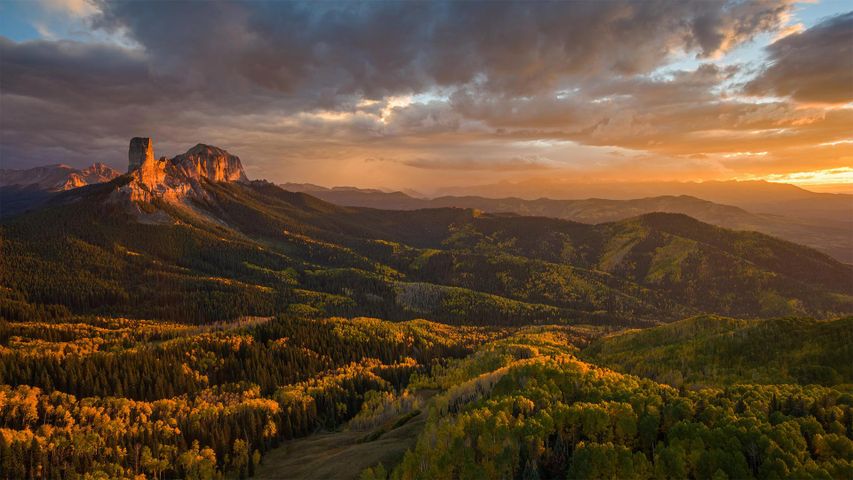 The leaves are changing across the West, and few views are more striking than this one of the fall foliage in the Uncompahgre National Forest in the shadow of Chimney Rock. The spire and its neighbor Courthouse Mountain dominate the landscape here year-round, but the changing colors make this area—and drives along the nearby Million Dollar Highway—even more scenic in the fall.

The forest gets its name from the Native Americans who have historically lived here, a band of Ute Native Americans called the Uncompahgre Ute People. The Ute People came to what is now Colorado and Utah around 1300, and usually spent their autumns hunting buffalo and making offerings to the spirits. And, we presume, admiring the spectacular fall colors.