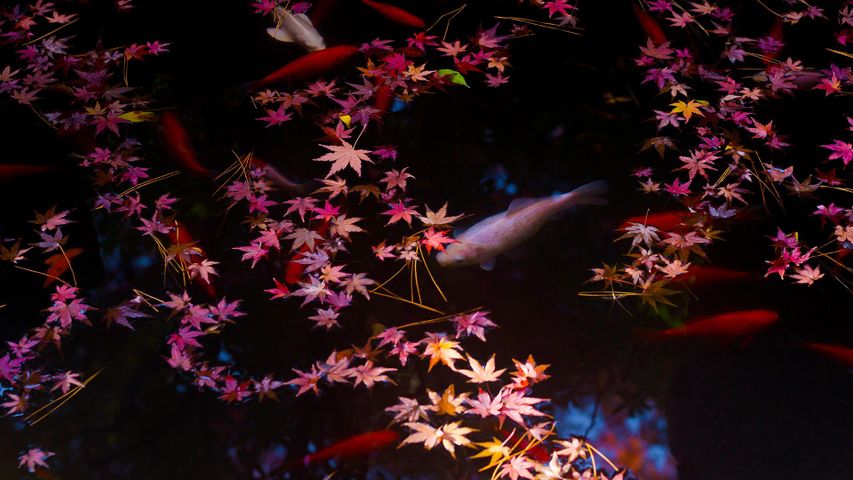 Today, we’re in Tokyo to see a colourful array of leaves floating just above some goldfish. It’s a centuries-old tradition in Japan to wander through gardens and forests while taking in the show of colourful leaves. The Japanese call it ‘koyo’ or ‘momiji-gari,’ which literally means ‘hunting red leaves.’ The autumn colours of Japanese maples, ginkgoes, and other native trees first come to the northern Japanese island of Hokkaido, usually in early October, then move slowly southward until they reach the rest of the island nation. The leaf-peeping season is as popular in Japan as the springtime cherry blossom season - both phases of the year are rhapsodised over as symbols of the transient nature of life.