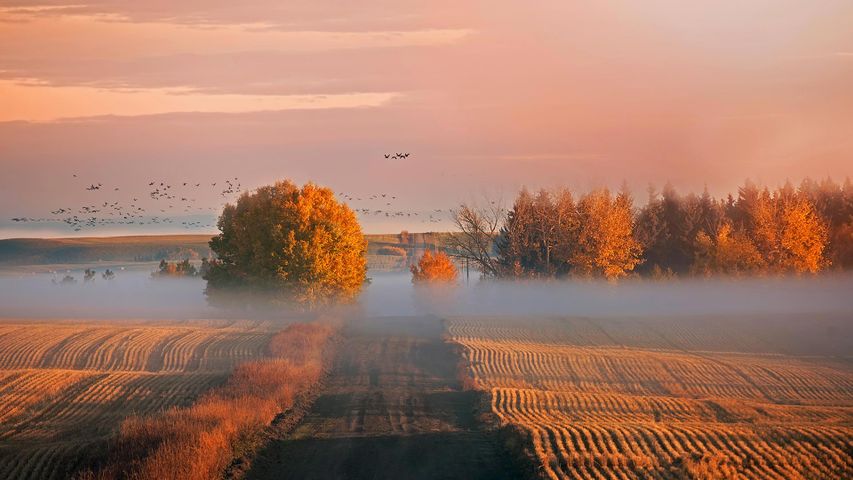 We're looking at a fall sunrise in Alberta, Canada, in honor (or should we say 'honour') of Canadian Thanksgiving. The holiday is officially celebrated on the second Monday in October, though many families gather the previous day. The first known Thanksgiving celebration in Canada was organized by English explorer Martin Frobisher in 1578 when he reached Newfoundland. Years later, American loyalists who were faithful to England during the Revolutionary War moved to Canada and brought traditions with them, such as eating turkey on Thanksgiving. As in the US, a Canadian Thanksgiving table is likely to have a horn-shaped cornucopia filled with festive-looking fruits and grains. The menu often includes turkey, but also regional dishes like salmon and Nanaimo bars—a layered chocolate dessert.

Until this year, football was also part of the tradition, with the Canadian Football League hosting games every year from 1958 to 2018. For the 2019 season, however, no games were scheduled as the league considers some broader scheduling changes.