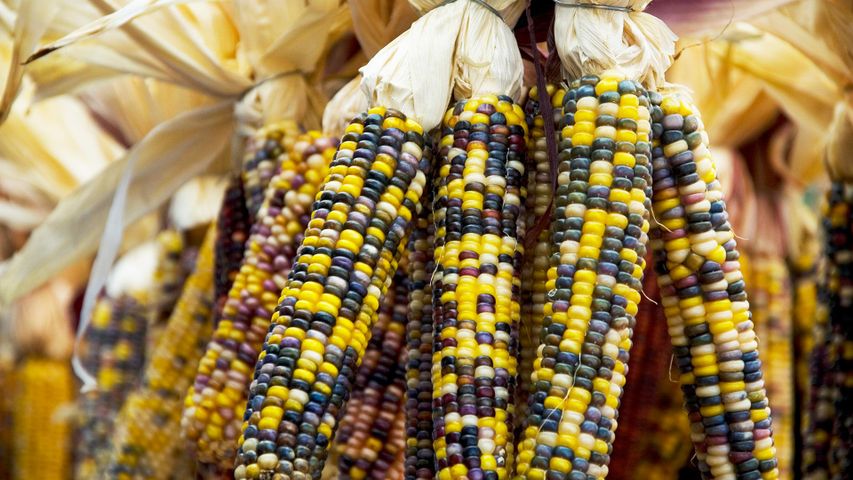 We're looking at corn on the cobs in honour of Thanksgiving. The holiday is officially celebrated on the second Monday in October, though many families gather the previous day. The first known Thanksgiving celebration in Canada was organized by English explorer Martin Frobisher in 1578 when he reached Newfoundland. Years later, American loyalists who were faithful to England during the Revolutionary War moved to Canada and brought traditions with them, such as eating turkey on Thanksgiving. A Canadian Thanksgiving table is also likely to have a cornucopia, a ram's horn filled with festive-looking fruits and grains. Regional dishes might also include salmon and Nanaimo bars.

Close up image of colourful Indian corn kernels in Mississauga, ON