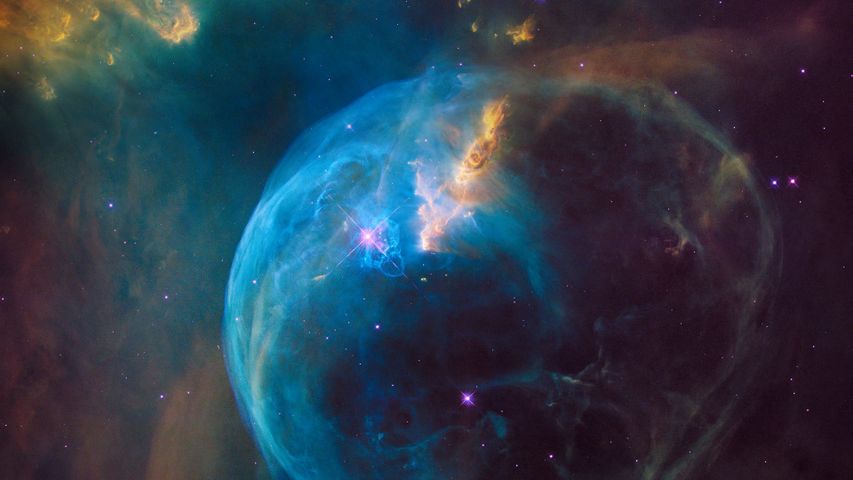 This giant space bubble is being blown by a massive star visible at the 10 o'clock position inside it. Already over seven light-years across and expanding at a rate of over four million mph, the ’bubble’ is actually the shock wave created when expanding hot gas (or stellar wind) hits the cold, interstellar gas that surrounds it. The Bubble nebula was discovered in 1787 by German-born British astronomer William Herschel. The star inside is living fast and will die young (for a star) - it will likely detonate as a supernova in 10 to 20 million years.

This image was taken in 2016 by the Hubble Space Telescope to mark the 26th anniversary of Hubble’s launch into Earth orbit by the STS-31 space shuttle crew. We’re showing it to mark the last day of World Space Week, an annual ‘international celebration of science and technology, and their contribution to the betterment of the human condition’.

Composite image of Earth at night from space