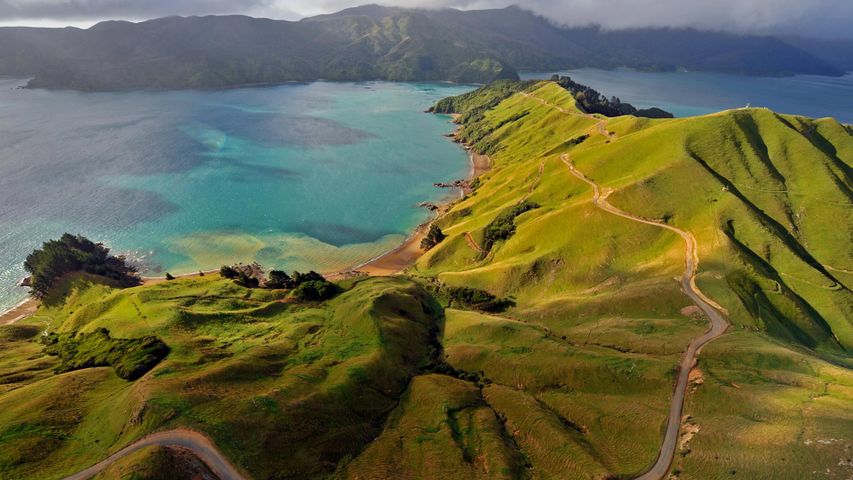 On October 6, 1769—250 years ago today—Captain James Cook reached New Zealand on his first voyage to the Pacific. He would eventually map the entire New Zealand coastline, including the area here at Marlborough Sounds, a network of ancient sunken river valleys on New Zealand's South Island. The main purpose of Cook's voyage to the Pacific was to sail to Tahiti and observe the transit of Venus across the face of the sun. Only after completing this task did Cook unseal the rest of his orders and learn he was to search the South Pacific for signs of a fabled great southern continent, Terra Australis Incognito. European Renaissance geographers believed this hypothetical southern landmass must exist in order to counterbalance the Northern and Southern Hemispheres.

Cook wasn’t the first European to lay eyes on New Zealand. Dutch explorer Abel Tasman had visited the islands in 1642, and believed them to be the western coast of Terra Australis. Cook’s voyage would lay that notion to rest. With the incalculable help of a Tahitian named Tupaia, who had extensive knowledge of Pacific geography, Cook and his crew built upon Tasman's work, becoming the first expedition to circumnavigate and thoroughly chart New Zealand's North and South Islands.

The International Space Station seen from the space shuttle Endeavour