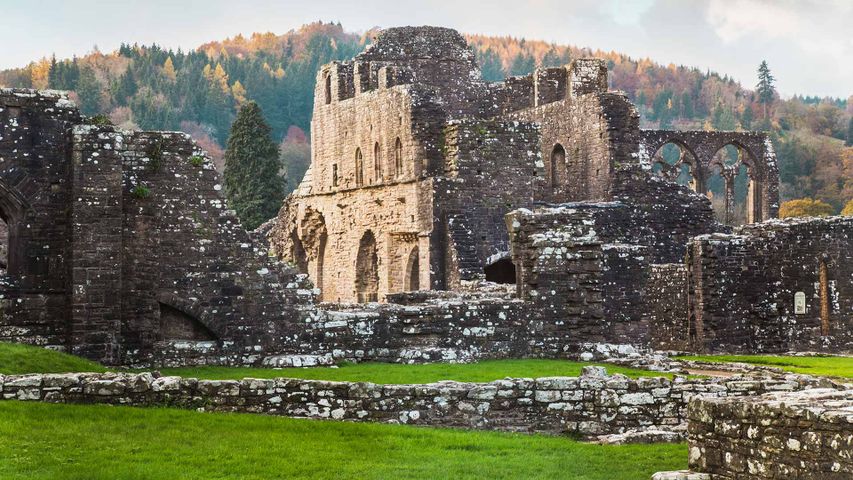 The Gothic ruins of Tintern Abbey, in the picturesque Wye Valley at the Welsh border with England, have been captivating visitors for hundreds of years. Open to the elements, its towering walls and ornate windows have drawn tourists since the 18th Century – but it has been around a lot longer than that.

The first Cistercian monks arrived here in 1131 but had to make do with more modest surrounds until 1269 when building work began on the abbey church itself. However, the magnificent building fell victim to the Dissolution of the Monasteries in 1536, when King Henry VIII broke with the Catholic Church in Rome and took over hundreds of monasteries and abbeys. Tintern Abbey was surrendered, its roof lead was sold off and it was left to fall into ruin. Two centuries later it got a second lease of life during the Romanticism movement, when its ivy-covered picturesque ruins proved a popular attraction for sightseers, poets and artists, including a young JMW Turner. Tintern Abbey is now a Grade I historic listed building and a Welsh national icon on the banks of the River Wye – still drawing visitors with an eye for majestic ruins in a designated Area of Outstanding Natural Beauty.