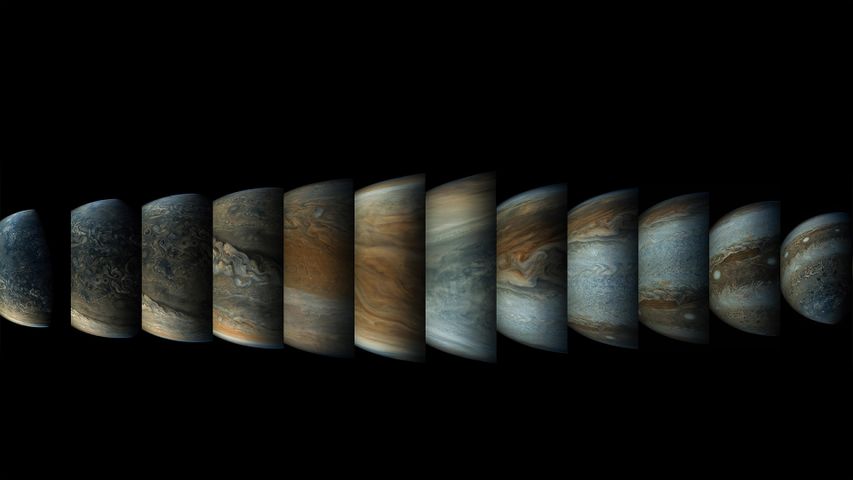 For the start of World Space Week, today’s homepage features a composite of images taken by NASA’s Juno probe as it swooped past Jupiter. Jupiter, the largest planet in our solar system, also has the largest number of moons: 79. Jupiter is the Roman counterpart to Zeus, and so the planet’s major moons are named after Zeus', shall we say, extra-marital partners. So, when it came time to name NASA's most ambitious Jupiter probe, they decided to name it after his wife, Juno, so that she could keep an eye on him.

Every 53 days in the course of its wide and complex orbit, the Juno probe makes its closest approach, snapping shots like these as it speeds past the gas giant in just two hours. World Space Week starts on the anniversary of the launch of the very first space probe, Sputnik, which entered orbit around the Earth on October 4, 1957.