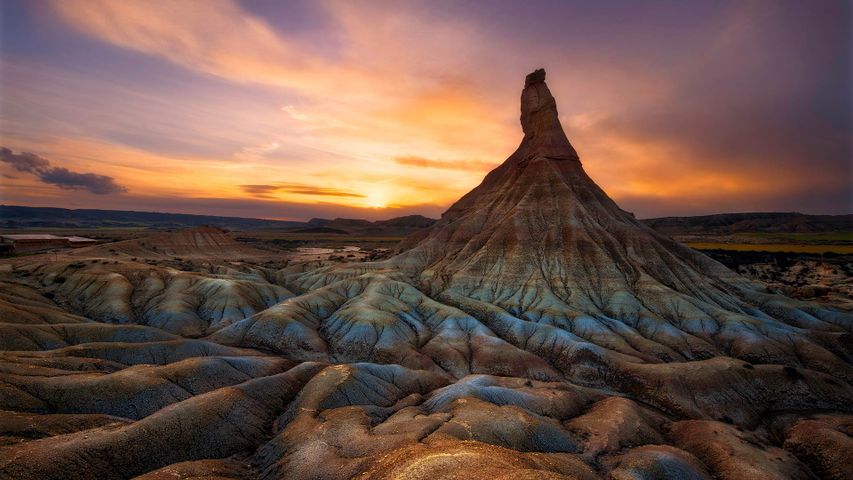 It looks the setting for an American cowboy movie, but this desert is not in Arizona, New Mexico or somewhere else south of Texas. Our today’s picture has been taken in the Bardenas Reales, located in Navarra, in the north of Spain. This place of lunar landscapes surfaced millions of years ago, when the inland sea that occupied this territory withdrew leaving behind tons of sediments that later got eroded creating these amazing geological formations.The one we see in the photo is the “cabezo” (head) of Castildetierra, one of the most representatives of this natural park recognised by UNESCO. The highest part of the column is composed of hard sandstones and limestones, barely supported by soft clays and plasters that have been losing volume due to the scourge of the air and the rain. It will not be tomorrow or within a month, but these lonely hills will collapse in the future due to their own geological nature and without men having anything to do with it. To summarise, there will come a day when the base will not support the weight of the column head, which is harder and doesn’t erode so fast.