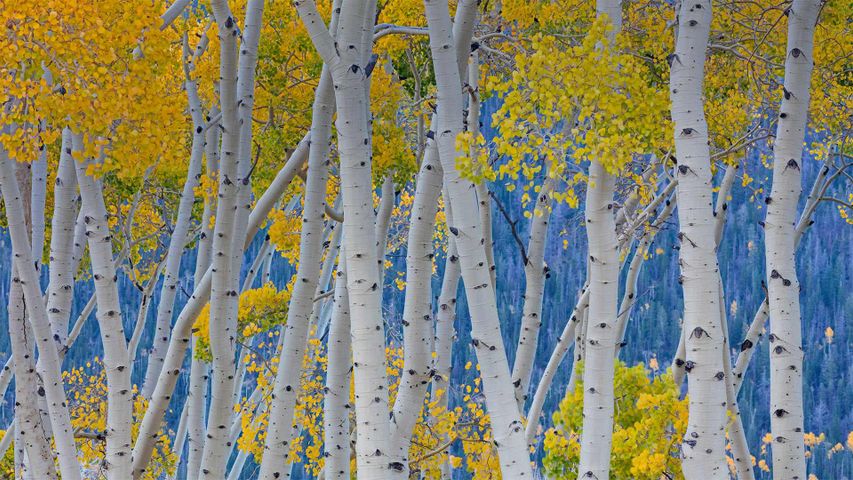 A trembling giant. Autumn at the Pando

All is not as it appears to be here at the Pando, in Fishlake National Forest, in the US state of Utah. At first glance, visitors may think they are seeing a massive grove of quaking aspen trees, their leaves dancing in the wind. But the Pando is not many trees; instead, it's a single organism. Like many aspen groves, each of the 40,000 trees in the Pando are genetically identical stems that sprout from the same root system. First discovered in 1968, the Pando made waves in the scientific world. It's recognised as one of the heaviest known organisms - believed to weigh 6,000 tonnes - and one of the oldest known living organisms.Scientists estimate it is more than 80,000 years old, having endured the last ice age and countless forest fires. It has lasted this long partly because most of the organism is protected underground. So, while an individual stem can die, the organism as a whole survives. It's only recently that human activity has threatened the Pando’s health, with drought, grazing and fire suppression interfering with its growth. Pando translates as 'I spread out' in Latin, a reference to the way it extends itself through cloning. But its delicate, fluttering leaves - which turn golden at this time of year - have lent it another moniker: the Trembling Giant.