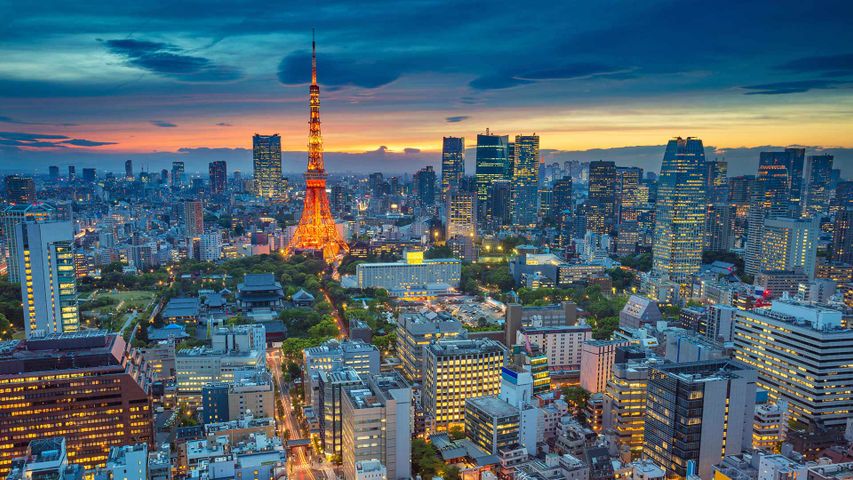 Lighting up this vast metropolis is Tokyo Tower, the perfect place to get a great view of one of the world’s busiest and most exciting cities. It was the tallest free-standing tower in the world at 333m (1,092ft), when it was built in 1958 – although that title has since been taken by its newer neighbour, the 634m (2,080ft) Tokyo Skytree.As well as its spectacular skyscrapers, the Japanese capital also boasts ancient temples, landscaped gardens and the Imperial Palace. And from the street fashions of Harajuku to what’s said to be the world’s busiest pedestrian crossing in Shibuya, Tokyo’s diverse neighbourhoods serve up a smorgasbord of experiences. To add to its attractions, today Tokyo Stadium hosts the opening match of the Rugby World Cup, the first of 48 matches being held around Japan until 2 November.