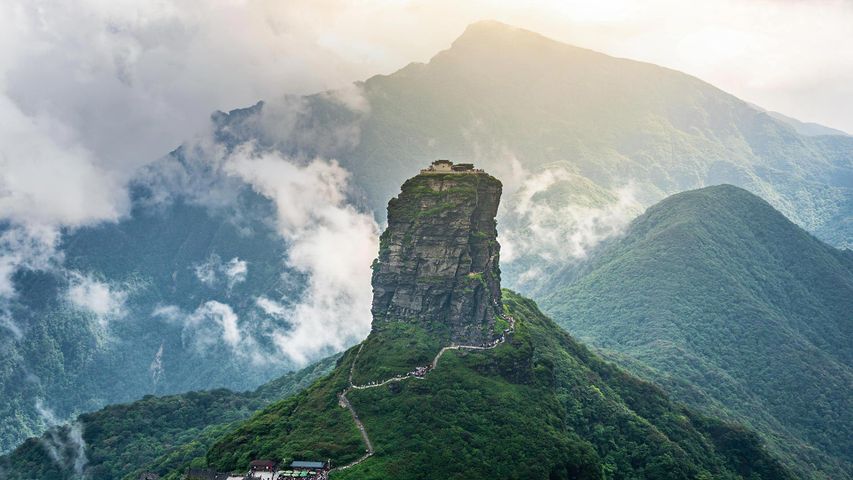 While it didn't become a UNESCO World Heritage Site until 2018, Buddhists have considered Mount Fanjing (also known as Fanjingshan) a sacred and tranquil site for centuries. At 8,430 feet, Mount Fanjing is the highest peak of the Wuling mountain range in southwest China's Guizhou province. While many of the Buddhist temples built here have been destroyed, several remain, including the Temple of the Buddha and the Temple of Maitreya. Those two temples, linked by a small bridge, are located on top of Red Cloud Golden Peak, the rocky 'thumb' we're looking at here. In addition to the area's history, the mix of clouds, fog, and light creates a calming atmosphere and an air of mystery.