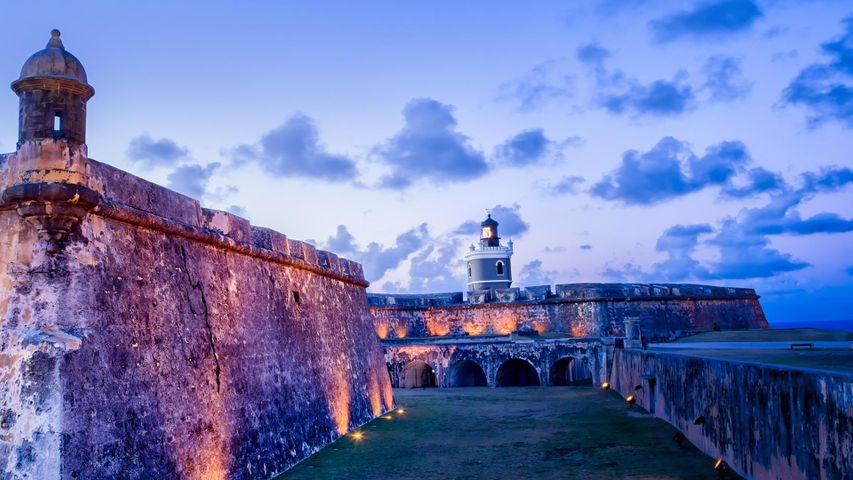 This photo shows a different side of Castillo San Felipe del Morro on the coast of Old San Juan in Puerto Rico. Spanish colonists had the fortress built to control entry to the harbour of the settlement they called 'Ciudad de Puerto Rico' – which means 'rich port city'. Castillo del Morro was held by Spain from 1539 to 1898, when the United States seized control after the Spanish-American War. Today it's a World Heritage site and a major attraction for visitors to this, the oldest part of one of North America's oldest capital cities.In September 2017, Puerto Rico was devastated by the landfall of Hurricane Maria, which wreaked havoc on the landscape, people and livelihoods of this US territory. Something the people of Puerto Rico have encouraged since that terrible natural disaster is visitors. With an economy based heavily on tourism, it's a way to rebuild the island's economy and to see some amazing colonial sites, as well as the bounty of its tropical Caribbean environment.

The Sneffels Range in Colorado, USA