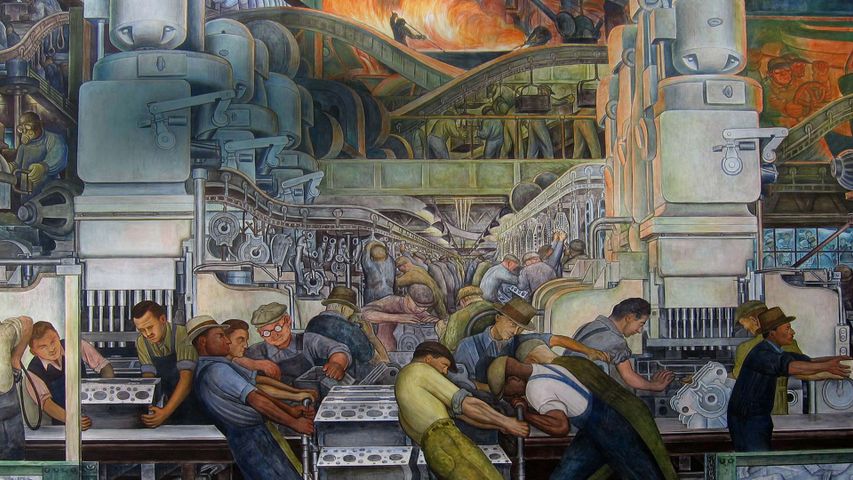 Diego Rivera's 'Detroit Industry Murals' show off the Mexican painter's incredible attention to detail in his depiction of the American labor industry in the early 20th century. The portion on our homepage today is from the north wall panel, and shows a busy shift at an automotive factory. It's one of 27 frescoes that make up this collection of wall-sized paintings.Rivera spent three months studying at the Ford Motor Company’s River Rouge complex in preparation for this project, making hundreds of sketches before painting a single stroke. The work was started during the Great Depression in 1932, making the perspective all the more meaningful. When it was finished eight months later, the US economy was moving toward recovery. Rivera’s murals remain on display at the Detroit Institute of Arts. Rivera believed the work was his most successful piece and Edsel Ford, who helped commission the paintings, liked it too, saying, ‘I admire Rivera's spirit. I really believe he was trying to express his idea of the spirit of Detroit.’