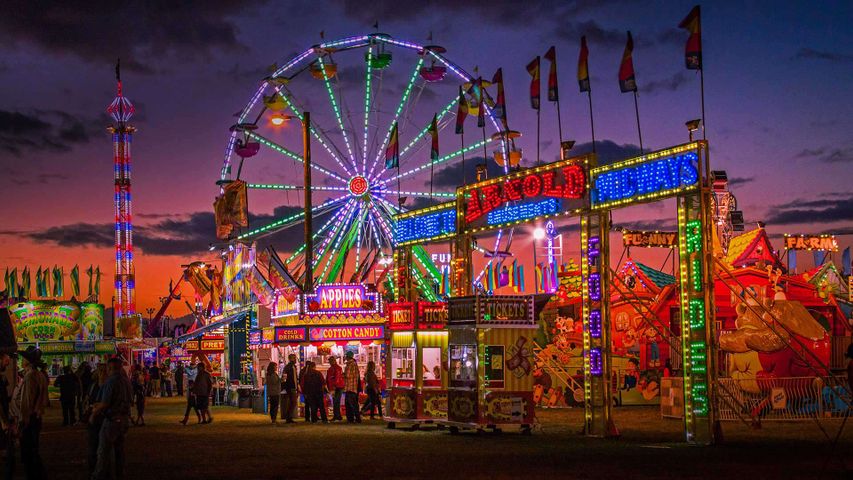 If it's summer, there's a fair going on somewhere. Looking at this photo, you can practically smell the cotton candy, hear the sonic blend of rides, carnival games, and music, and taste the sugary fried food (and feel your arteries clogging). Smaller fairs like this one in Hardee County, Florida, lead up to larger state fairs in most areas. August is the most popular month for state fairs, though a handful are in July, and some southern states have them during cooler months. Fairs weren't always about rides and outrageously fattening foods, though. Beginning with the first state fair in Syracuse, New York, back in 1841, and long before anyone figured out how to fry a stick of butter, there were celebrations of agriculture and livestock, and those traditions continue. So, when you hit your local fair, don't forget to check out the giant vegetables and costumed llamas before you get in line for the tilt-a-whirl or a deep-fried Snickers wrapped in bacon.