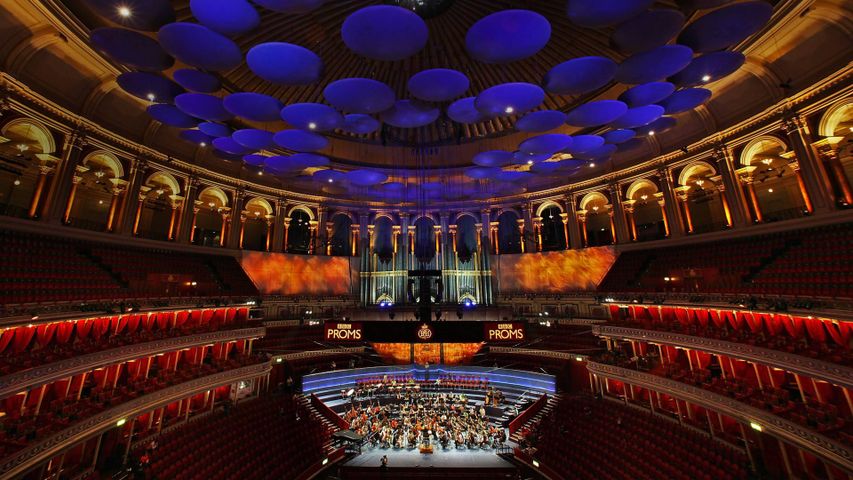 Today we're looking at the West–Eastern Divan youth orchestra rehearsing for a performance in the BBC Proms. The Proms (short for promenade concerts) annual music festival is held in London over eight weeks from July into September. The first Proms took place on August 10, 1895 in the Queen’s Hall in Langham Place, London. After the Queen's Hall was destroyed by a bomb during the London Blitz, The Proms moved here to the Royal Albert Hall in 1941. This year marks the 125th festival and includes 150 concerts and educational events. While the focus is on classical music, the Proms in the Park event closes out the season with performances from Barry Manilow, Chrissie Hynde, and other pop artists.