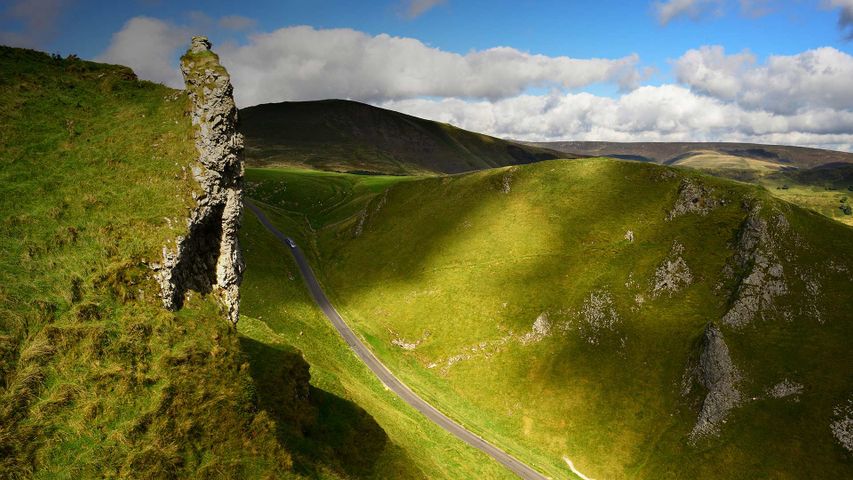 Winnats Pass in the Peak District of Derbyshire, England

Take a deep breath and let’s head up Winnats Pass, a spectacular limestone gorge in the Peak District, Britain’s first national park. These days the steep and winding road is popular with hardy cyclists and busy with cars heading into Derbyshire’s picturesque Hope Valley and Castleton village. But 350 million years ago, it was submerged beneath a tropical sea and the limestone is full of fossils of prehistoric sea creatures, making Winnats Pass a protected Site of Special Scientific Interest. Its towering grass-covered limestone sides are also home to a variety of wildflowers, including the rare Derby Hawkweed, while underground there are caves and old mine shafts.The Peak District national park was created in 1951, the first of 15 created following demands for greater access to the countryside, including the 1932 “mass trespass” by 400 ramblers on Kinder Scout, the highest point in the Peak District. Winnats Pass is derived from “Windy Gates” – but is that the wind you hear whistling through, or something more sinister? Local legend has it that the pass is haunted by the ghosts of two young lovers, murdered there in 1758, on their way to get married.

On the John Muir Trail near Mammoth Lakes, California, USA

Time-lapse of a tube anemone