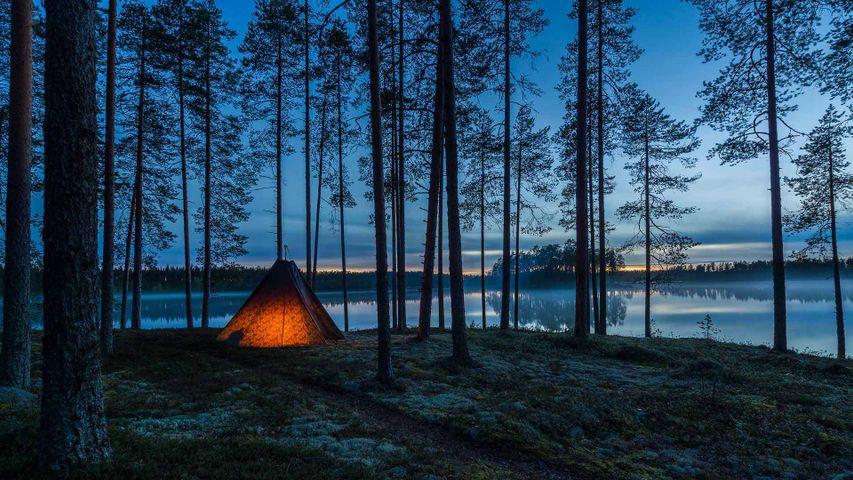 Hikers and campers in Finland, where today's photo was taken, are allowed on nearly 90 per cent of the nation's wilderness, regardless of the property's ownership. This practice is called Everyman's Right, or 'freedom to roam.' It's not really written down in Finland's laws, but is used as a sort of social pact: Those who want to enjoy the outdoors are free to roam just about anywhere, as long as they obey a few basic good-behaviour rules. It's a practice that's observed to varying degrees across many parts of central Europe, Scandinavia, the Baltic region, and Scotland.