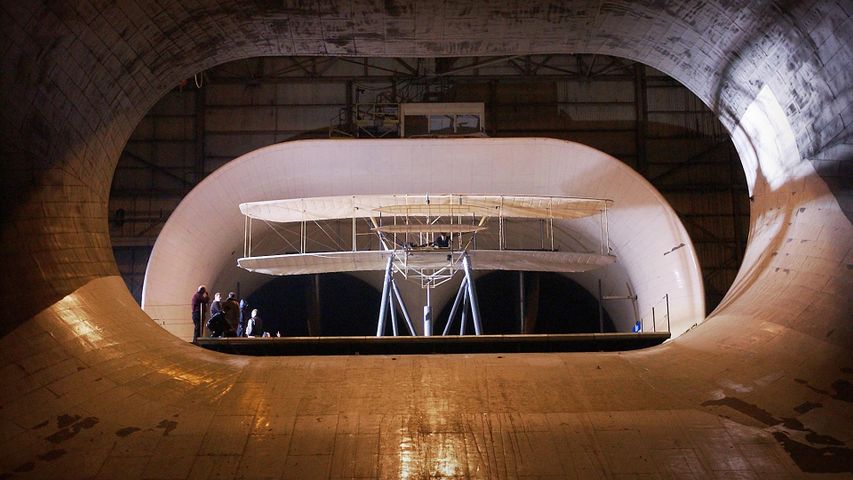 For National Aviation Day, we’re highlighting a rare view from inside a wind tunnel at NASA’s Langley Research Center in Virginia. The plane is a replica of the historic craft that was invented, designed, and flown by the Wright brothers in what’s generally acknowledged to be the first powered airplane flight–an event that took place on Dec. 17, 1903, near Kitty Hawk, North Carolina. On that day, both Wilbur and Orville Wright took turns flying their aircraft, dubbed the Wright Flyer, cementing their place in aviation history. Their original plane lives at the Smithsonian’s National Air and Space Museum in Washington, DC, where it inspires generations of pilots and innovators to come.

A group of curious emperor penguins in Antarctica