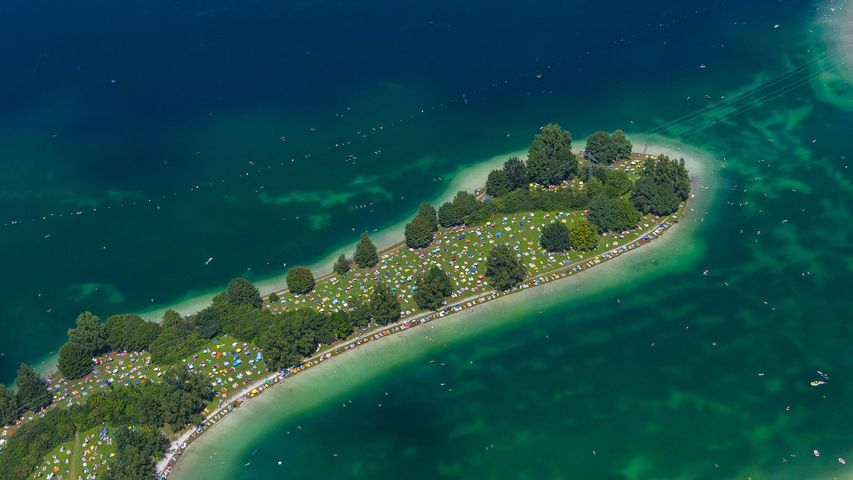 Take the plunge. Cooling off, Munich-style

While much of Munich heads into the Bavarian countryside to cool down as the summer heat rises – the German city also has some popular lakes within its boundaries. This one, Feringasee, is not far from the city centre. With its clean water, beach volleyball courts and beer garden among other attractions, it is the perfect place for city workers to cool off. For a more secluded swim, you might want to head further afield. The state of Bavaria boasts beautiful castles, dark forests, mountain scenery as well as many sparkling ‘sees’ – the German word for lake. The largest of these, at about 30 square miles, is Chiemsee, located at the foot of the Alps and sometimes referred to as the Bavarian Sea.

The Painted Hills in Oregon, USA