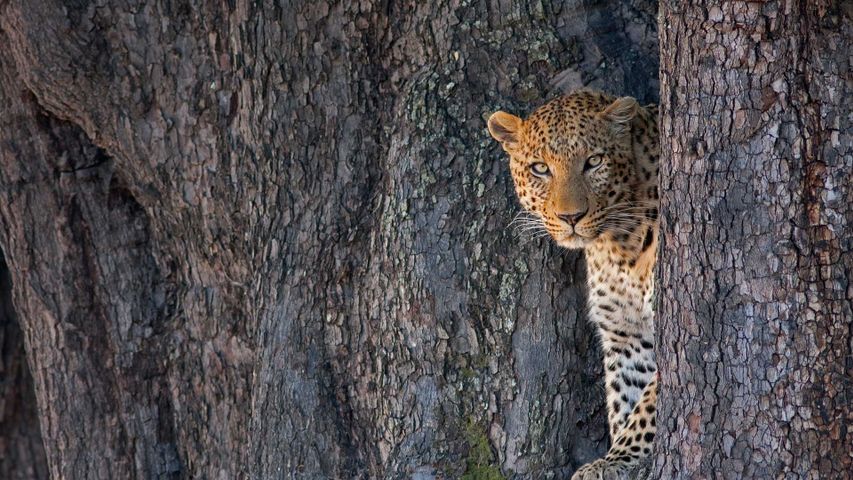 One of the smallest big cats, the leopard is known for its distinct coat, shy personality, and athletic ability. You can find them throughout the world, but the one pictured here roams the semi-arid terrain of Sub-Saharan Africa. Skilled climbers and predominantly solo travellers, you might spot a leopard draped along the branch of an acacia or other tall tree. They go up to hunt, but also to eat—they don’t like to share food, and they like to eat slowly.Many African leopards live on wildlife preserves to safeguard them against overhunting and the loss of their habitat. Since 2002, International Cat Day has brought attention to these issues and celebrates global conservation efforts. It’s also a fun day to check out some cool and interesting cats. The Linyanti Wildlife Reserve, where our photo was taken, protects the solitary leopard and its cousin, the more sociable lion. In fact, this is one of the best places in the world to see them, along with other non-feline animals, big and small.