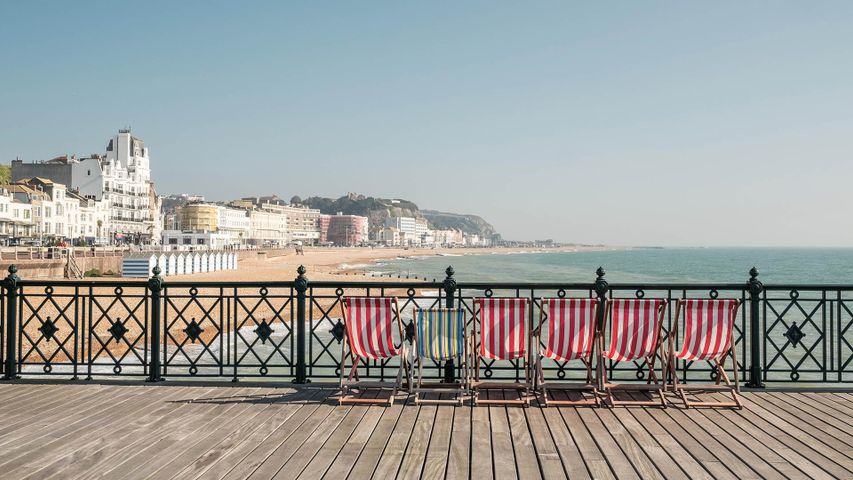 Sit back and enjoy the view from Hastings Pier, in East Sussex on England’s south coast. It has risen, phoenix-like, from the ashes after it was largely destroyed by fire, nine years ago. ‘Pleasure piers’ are icons of the British seaside, allowing visitors to stroll out over the waves. But they are at risk from fire, storms and the sea itself and many disappeared over the course of the 20th Century.Hastings Pier opened in 1872, designed by Victorian engineer and architect Eugenius Birch. It welcomed Jimi Hendrix, The Rolling Stones and Pink Floyd in its heyday but fell into decline and was closed for safety reasons in 2006, before fire struck in 2010. However, the restored Grade II-listed structure, with a new visitor centre covered in timber which survived the fire, won the RIBA Stirling Prize for architecture in 2017. Looks like the perfect place for an ice cream.