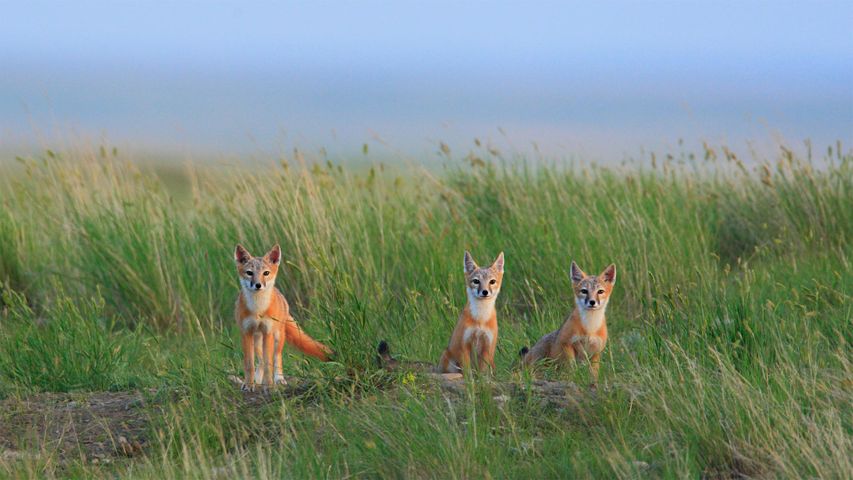 Pups of the prairie. Back from the brink of extinction

These swift fox pups make their home in Grasslands National Park in Saskatchewan, Canada. Historically, the range of this cat-sized fox stretched across the short grass prairies of Canada down through the central US to the Texas Panhandle. But as agriculture and settlements overtook these open grasslands, the swift fox numbers declined precipitously. By the 1930s, they had completely disappeared from the wild in Canada.That changed in the '90s, when programs to reintroduce the swift fox in Alberta and Saskatchewan began to see some success. Over the next decade, the small population became self-sustaining and its listing was upgraded from extirpated to endangered in Canada. Today there are an estimated 560 swift foxes living along the Alberta and Saskatchewan border and just shy of 100 in Grasslands National Park. What does this fox say? It's good to be home.